Defines & separates to create tousled texture and light hold without a crunchy feel. 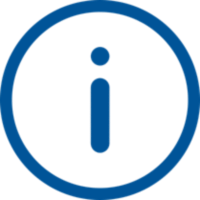 Shop safe in our stores

Free delivery on orders over €40

Free returns in store or to any post office

Please choose a colour or size before adding this product to your favourites.

In order to buy non-prescription medicines you must be a registered user of our site as we are obliged to record your transaction history. We also ask that you complete our questionnaire so our pharmacy team can check that this product is suitable for you to buy.

Will you be claiming the VAT back?

Disabled or chronically sick people can claim VAT relief on purchases for personal or domestic use that are applicable to their disability or sickness.

Are you sure you want to remove this product?

Yes No
In stock

This product is temporarily unavailable online. Our stores will remain open for everything you need, use 'Find in store' below to see if it's in stock near you.

Collect 40 points with this purchase

Please use this overlay to check for product availability

Use my location Check

We've found one or more places that match your search. Please select the correct area:

Prices may vary depending on the store. Availability is an indication only and is updated every 30 minutes.

Defines & separates to create tousled texture and light hold without a crunchy feel.

Spray evenly over damp or dry hair to create rough texture and tousled waves.
Finish with Tousled Texture Creation Hairspray to hold your look in place.
Born and bred in London, our collection of hair care and styling products is inspired by backstage know-how, to help you create your look from the hair down.

Standard Delivery
€5 or free when you spend €40 or more

For more information see our delivery help or view our returns policy.

Toni and Guy hair spray sea salt 200ml 4.1 5 55 55
Didn't really do much for me I had high hopes for this, it was recommended by my sister but I didn't think much to it. I have long, straight hair and constantly use straighters to put loose curls in, and thought this might give me a little bit of body without using heat. It did nothing really. Smells really nice though. I get the feeling this is a great product for people with a natural wave to give definition but not to create a wave in naturally straight hair. Super disappointed! December 30, 2016
So far so good... I have used this for a few days now... after a long battle with over processing my hair and religious straitening or defined heat produced curls, I decided it was time to treat my poor hair a bit more kindly... I have an awful lot of fine hair which looks thick but isn't. I wouldn't describe it as curly or even very wavy but its not straight by a long way, left to air dry on its own its just a mess :( So asked my hairdresser what she thought of sea salt sprays ... she said to give it a go! First I tried it on dry hair freshly rough dried, bit of movement and slight wave created with my fingers I guess, needed hairspray to hold it in place....yesterday I repeated the same, but did a better job. Today though I have applied to wet (towel dried, not soggy wet# hair, scrunched it in all over and left it alone #well fiddled a bit, hard to get used to leaving it!) its got much more texture and defined waves today, actually looks pretty cool, very boho! Next time I am going to try again on wet hair, but will take a few sections and twist to create a more defined wave and maybe a little less fizz, although I think the frizz maybe due to me fiddling with it! watch out though, its cheaper to buy this in the smaller size if you look at £ per ml on the labels!! September 9, 2014
Not for me I bought this after reading many good reviews however after using it I must admit I found it a really average product. I have a natural wave to my hair and have used salt sprays for a while to get a kind of beachy look to my hair. I was using the umberto gianni one which I found ok and wasn't unhappy with but thought maybe I could get a better result. So I purchased this and found it difficult to use. There seems to be a fine line between not enough so nothing happens, and too much so your hair is crispy. Not for me July 8, 2014
2 3 4 5 ... 19 next>>
Copyright © The Boots Company PLC. All rights reserved. Boots.ie is a trading name of Boots Retail (Ireland) Limited. Registered office: 2nd Floor, 5 Riverwalk | Citywest Business Campus | Citywest | Dublin 24, D24 TW13 Registered in Ireland: company number 363449. Registered VAT number IE6383449Q.